The Oswego Women’s Topics Committee was having an identity crisis.

Talk to anybody—everybody thought the group was a good idea. So why was hardly anybody getting involved?

In an effort to breathe new life into itself, the two-year-old local women’s group had just spent months redefining its mission statement. That’s about the time copywriter Barb Ostapina joined the group.

She saw the problem right away—the Committee was in desperate need of differentiation (there were many women’s groups in the area), new energy, and some basic marketing communications. At the very least, the group needed branding that captured its essence and a marketing piece that explained why anybody would want to be involved—a vehicle to broadcast that new mission statement and generate membership leads.

Barb immediately commissioned a logo, and personally created and produced an inexpensive but impactful brochure.

Still, something was missing.

The Committee needed something to put it on the map. Something to inspire women in the community to come together for the encouragement and support they wanted, and which the group had to offer.

LUNAFEST is an award-winning national touring festival of short films by, for, and about women. It was established in 2000 by LUNA®, maker of the Whole Nutrition Bar for Women, to promote dialog about women’s issues and raise funds for nonprofit organizations that serve women. Barb thought it would be a great fit with the Oswego Women’s Topics Committee’s new mission.

Barb suggested the idea and was promptly put in charge of pulling it off.

So she did, putting together the first-ever LUNAFEST in the Chicago suburbs. And despite very few people resources, a limited budget, near obscurity of the group and the only available venue, and no prior experience with this sort of thing, the group raised hundreds of dollars for the national Breast Cancer Fund and a local women’s shelter called Mutual Ground.

Thanks in part to these efforts, Mutual Ground was able to continue its mission to break the cycle of domestic violence and sexual abuse, and the Breast Cancer Fund could keep searching for ways to eliminate the environmental causes of breast cancer.

The event continued to grow in size, attendance, and donations, and became an eagerly anticipated annual event in the community. In addition, its impact reached another nearby town, spawning a second LUNAFEST in the Chicago suburbs, raising much-needed money for worthy organizations.

To Barb, it all had the feeling of watching your child grow into a responsible, mature adult who has gone out into the world and done much good. 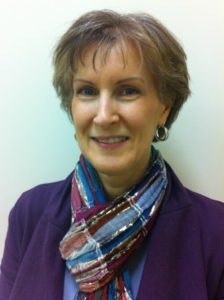